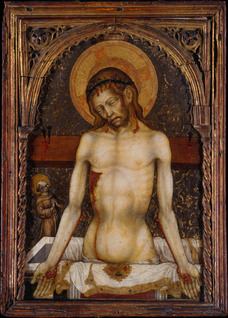 "A solemn observance in the liturgical year of many Christian denominations, lasting for a period of approximately six weeks, leading up to Easter." (1)

"The 40 weekdays from Ash Wednesday until Easter observed by Christians as a season of fasting and penitence in preparation for Easter." (2)

Where did this tradition come from?  Is it found in the Scriptures?  Sure we could look at Moses fasting for 40 days (twice!) on the mountain before Yahweh or when Messiah spent 40 days in the wilderness being tempted, but are these prescribed for believers to do as well?  No, they're not.  These were specific events that Moses and our Messiah went through.
So is it wrong to want to devoid ourselves of luxuries for the 40 days of Lent?  While people may be very sincere about the time they spend during Lent, they are sincerely wrong.   Please allow me to explain.

There's certainly nothing wrong with wanting to rid ourselves of things that may be hindering our walk with the living Elohim.  Nothing at all!  In fact that's what He is trying to get us to do every day.  The problem with doing this for Lent is actually two fold.
1.  By participating in or acknowledging the time of Lent as a time that many professing believers confess it to be you are recognizing an appointed time that is actually pagan in its origins and customs and ignoring the true appointed times of Yahweh according to HIS Word.
2.  In doing this, a person is attempting to walk more worthy on their own merit rather than by the Spirit of grace, if they are not walking according to His Torah.

Again, let me reiterate that nowhere in the Scriptures is it commanded for believers to deny themselves of something for 40 days.  That's an important point.  Just because we see some examples of 40 day fasts or trials taking place it's a real stretch to come to the conclusion that it must be for us to do so as well.   Let us not miss the context of why both Moses and our Messiah didn't eat for 40 days - fasting wasn't the point, it was simply a result of what they were called to do.  We are not called to Mt. Sinai to receive the Commandments on stone tablets nor are we the Messiah led by the Spirit into the wilderness to be tempted by the devil.  As recipients of the New Covenant we ARE called to receive the Commandments on our hearts and we DO experience temptations in order to experience the help we need from the Set Apart Spirit.  Therefore, we should seek to obey His Voice just as Moses did and just as Messiah did (who also IS the Word).
Because Yahweh does not command His people to deny themselves for 40 days anywhere in His Word we must take that at face value.  Let us not try and "improve" on His ways and institute some tradition that in and of itself does not really deny anything because after the 40 days are over a person will usually go right back to having that "whatever" in their life.  In reality, Yahweh tells us to deny ourselves and for far more than 40 days.

To deny the flesh is one thing, but it cannot make us more acceptable in our heavenly Father's eyes nor bring us closer to Him in the sense of 'working our way' to a better relationship.

The thing we have to remember is that Lent is all about preparation for Easter.  Easter, which is always celebrated on the first Sun-day after the full moon on or after the vernal equinox, is not calculated the same as the Passover.  The celebration of Easter is its own day and unrelated to the Passover as Yahweh commanded His people to keep (Leviticus 23; 1 Corinthians 5:7).  Given that every tradition of Easter and even the name itself is pagan and unrighteous how can Lent, the season leading up to Easter, be any different?

So if Lent didn't come from the Scriptures, where did it come from? 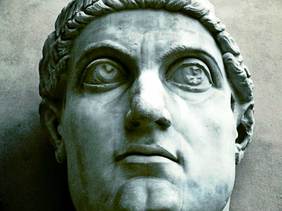 Lent, as it's recognized today, was not in existence until 360CE when the Council of Laodicea officially commanded it to be observed. (3)

It was earlier in 325CE when Roman Emperor Constantine, at the Council of Nicea, instituted Christianity as the "official" religion of Rome.  This edict set up many apostasies that permeated the church throughout history.  Lent was one of many to follow.

At first Lent was not observed in the christian church for 40 days.  Some kept it 40 hours under the assumption that Messiah was in the tomb for 40 hours.  Others observed it for a week or two, but once the Council of Laodicea set the statutes it became a 40 day fast from certain foods and other luxuries.  For the first several hundred years after the edict the rules of Lent were very strict.

The Catholic Church readily admits to the modern origination of this observance. (4) (5)

As is written in the Catechism of the Catholic Church; 1994:
"For we have not a high priest who is unable to sympathize with our weaknesses, but one who in every respect has been tested as we are, yet without sinning" [Heb 4:15]. By the solemn forty days of Lent the Church unites herself each year to the mystery of Jesus in the desert. (6) 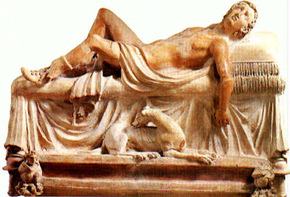 Apparently, the 40 days of denial, fasting, or "sorrow" comes from a much earlier time than what the Catholic church instituted.

Lent comes from the Anglo-Saxon word Lencten meaning 'spring'.  This time of year is a new beginning for many cultures because of the new life that blooms forth.  This cyclical ending of winter/beginning of spring is often accompanied by a reflective observance as "death passes to life".   These observances, however, neglect the true Creator of the seasons and instead turn their eyes toward idolatrous practices and empty rituals.  40 day fasts or times of weeping have been a part of many religions including the Egyptians, Greeks, and Phoenicians - all of which most likely stem from Babylonian mystery religion. (7)

As we look at Ezekiel 8 when Yahweh takes the prophet through the temple, showing him abominations that are taking place, one thing he sees is women weeping for Tammuz (Ezekiel 8:14).  Who is this Tammuz and why is this relevant?

Tammuz was the Sumerian god of vegetation.  Obviously, being a god of vegetation the people often reflected on him during the spring, when the growth of new food was taking place.  His sister/consort was non other than Ishtar, the fertility goddess of this same region.  Ishtar, like all fertility goddesses including Eostre (Easter) was also of great importance to people since they relied on good seasons of growing food.  Each spring the god Tammuz would resurrect after his death that winter represented.  Ishtar would lament for him each season.  There was much weeping for this idol until his rising from the dead. (8)  The weeping usually lasted 40 days, according to the age of 40 that Tammuz was when he died.  A day for each year. (9)
This is identical to the 40 days of Lent leading up to the resurrection of Christ!  This is just one example of why so many people look at Christianity as a false religion.  When one deviates from the actual truth of the Scriptures they fall into a deep pit of confusion and lies.

So the 40 day observance of Lent is nothing more than a rebirth of the ancient season of weeping for Tammuz.

Yahweh will not be mocked and His truth is there and in the open if we have eyes to see and ears to hear!